We were interested in Alia’s career journey on how she merged her two passions into a successful career! From a very young age, Alia J. Daniels has been captivated with the entertainment industry. Determined to make an impact, Alia equipped herself with bachelor’s degrees in Music and Communications Studies with a Mass Media emphasis, and a Juris Doctorate from Loyola Law School. As a business and entertainment attorney, Alia has not only represented clients in the digital entertainment and tech space, but is a featured speaker on legal and business issues in the digital entertainment arena. Since 2015, Alia has been consistently named to the prestigious Southern California Rising Stars list by Super Lawyers for four years in a row. 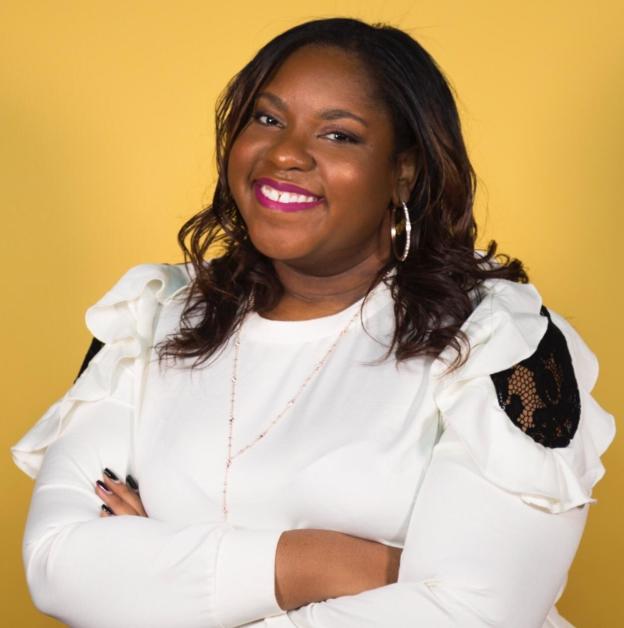 Today, Alia has found her niche at the intersection of entrepreneurship, digital media and law as Co-Founder and Chief Operating Officer for Revry, a global queer digital media network where she oversees the content and marketing departments, as well as executive produces several podcasts. She is the Co-Festival Director for OWF (Out Web Fest), the first queer web festival dedicated to highlighting short form content made by and for the global LGBTQ+ community. Her dedication to inclusion within the Queer and Allied community is a cornerstone of Alia’s personal mission to create avenues for authentic representation in media.

What sparked your interest in entertainment and law?

I’ve always loved entertainment and knew I would work in the industry, it was just a matter of figuring out how. When I graduated from college, I started as a receptionist at a law firm. Even though I used to tell my family when I was a kid I wanted to be a lawyer, I never really had the intention of doing it. It was while working at the law firm, however, that I discovered how interesting law really was and I decided that I would strive to merge together my ambition for entertainment and law.

When you were starting out in the entertainment law industry did you see black women you could identify with in terms of career success?

I was incredibly lucky, there were a few black women who I personally worked with during an internship that I had with NBC-Universal that were amazing to interact with and who inspired me.

As an SME, how do you go about finding new clients?

We attract our customers by providing inclusive, authentic content from different perspectives within the queer community.

How did your career in corporate America prepare you for leading REVRY?

It absolutely helped to influence how I lead as a Co-Founder and COO. Entertainment and Corporate America can be so cut throat and that is simply not how I operate. I’ve always commanded, not demanded, respect but that never takes place in the “traditional Hollywood” ways (i.e. yelling at people or being disrespectful). In fact, I operate from the opposite place. I never consider Revry employees to work for us, they work with us. We are building something amazing to serve the entire queer community and we are doing it together.

What does an executive woman mean to you?

Being an executive woman to me means owning my power and not apologizing for it. That power shows up for me as not conforming into the stereotype of what people expect of me as a lawyer, a black woman and an executive.